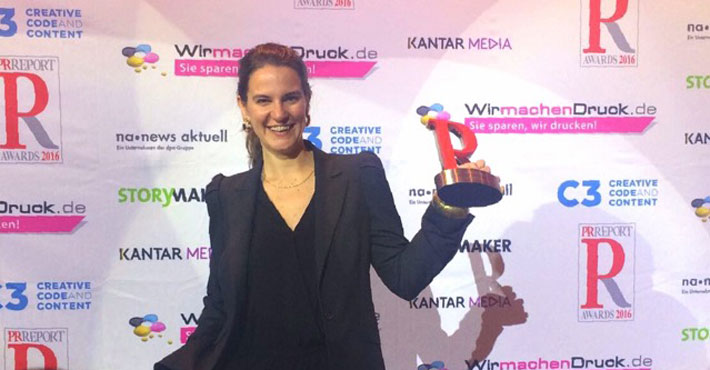 Schwan Communications, a Hamburg-based content agency founded in 2015, was awarded the PR Report-Award, one of Germany’s most prestigious PR-Awards. The price was given to Schwan Communications for their achievements in Live- and Event-Communication for their campaign “MusikImPuls” for the Hamburg Symphonic Orchestra (Symphoniker Hamburg). A good start into the new year, which also provides new clients for the agency.

“MusikImPuls” enters the public space with classical music. PopUp-Concerts and Live-Streamings in unusual places such as squares, ships, tunnels or parks create magical moments for by-passers and music-lovers alike. The events take place every month, always on different places, always with new co-operations and for very different target groups. But the concerts don’t only happen in the public sphere, taking good old classical tunes out of their beautiful but often aged concert halls. The campaign takes place in the virtual space, as well – through Facebook Live and Periscope with live-streamings and 360-degree-videos, through video clips, the website and social media. The campaign is hugely successful: More than 800.000 people in Hamburg are reached with every event since September 2015.

“We are so honored and excited about this award”, says CEO Dr. Anna Schwan. “It is a great re-assurance for a young agency like us. It tells us that we need to follow our path – finding great creative ideas and turning complex topics into good stories”.

The future looks bright for Schwan Communications. Several pitches were won in the last months, among others as lead-agency for the Hamburg City Health Study (HCHS) the biggest local health study worldwide, and as content-agency for Hamburg@work, one of the biggest networks for the digital economy in Germany.