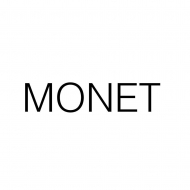 Monet + Associés has started the year 2018 with very good expectations, incorporating new brands to its client portfolio: Nokia Smartphone, Roche, Première Vision and Funrise. In addition, Monet is proud to announce that they have been chosen in the top 500 fast growing company in France for the period 2013 – 2016.

Nokia Smartphone has entrusted on Monet the support in its corporate and lifestyle media relations, alongside product launches and major international events. The agency will also manage the brand influencers program.

Monet + Associés will develop for Roche, the world’s largest biotech company with differentiated drugs in several field, the media coverage of Roche Pharma’s French subsidiary around its product launches by hihglighting its singularity and its driving role in R & D innovation.

Première Visión, world leader in the organization of events and fairs for the fashion and textile industry, has chosen Monet + Associés to support it in its corporate media relations. The agency’s missions focus on supporting Première Vision’s strategic positioning, preparing the 45th anniversary of his world-leading event for fashion professionals, and launching the marketplace to respond to the context of seasonality of collections. Monet will also advise Première Vision on its presence on Twitter.

On the occasion of the arrival to France of Gazillion and Tonka, two brands of the toy manufacturer and distributor Funrise, the company entrusts to Monet + Associés the management of its media relations and influencers as well as a video campaign on social networks.