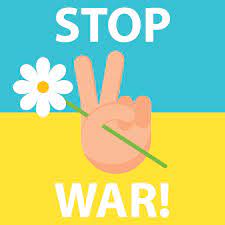 The International Public Relations Network (IPRN) unanimously condemn the unprecedented action of international aggression, which is the attack of the Russian Federation, supported by Belarus, on the free and independent Ukraine. At the same time, we express our solidarity towards the Ukrainian nation and all Ukrainian people residing in Europe and the rest of the world. Many Ukrainens work in the PR and communication industry and our thoughts are with them and we share concern for the fate of their families, relatives and friends in their homeland!

IPRN unequivocally express our opposition to the war into Europe by the regimes in Moscow and Minsk, which carries the violation of such fundamental values ​​as human life, democracy, human rights and social trust on a local and global scale. We strongly condemn the fact that this war relies on both military and communication means. Russian military operations on land and in the air are accompanied by disinformation and psychological warfare, with the absolutely unacceptable use of offensive means of communication, cyber-attacks and massive troll farm actions for the implementation of military unacceptable goals.

A war with the use of heavy military equipment is fought in Ukraine. But the propaganda and disinformation war is also happening in other countries, including many in Europe and the rest of the world. Its purpose is not only to confuse the people, but also to intimidate the citizens of free democratic countries. Therefore, we appeal to the media, journalists, citizens and publicists, especially those operating in social media channels, to pay close attention to the disinformation carried out by the Russian aggressor in the field of fake news and alternative facts and we ask for extremely accurate use of fact-checking procedures, i.e. verifying the truthfulness of information both from the sites of the Russian attack in Ukraine and the consequences of this aggression in the economic and social areas.

We also appeal to all public relations specialists in Russia and Belarus not to support their military aggression against the neighbor – an independent country of Ukraine. We also call on European and PR companies from other countries, associations and specialists to critically verify whether they are not working for entities directly supporting and representing the military interests of the Russian aggressor and his president Putin. In these circumstances, we consider it unacceptable. Public Relations & Communication are based only on truth and respect for the values ​​of human life, freedom, democracy and sovereignty. It is with great concern that we observe the escalation of actions that violate these values ​​during the Russian attack on Ukraine and disinformation activities directed at other countries and societies. We all hope that this aggression and disinformation will stop and peace will be restored.