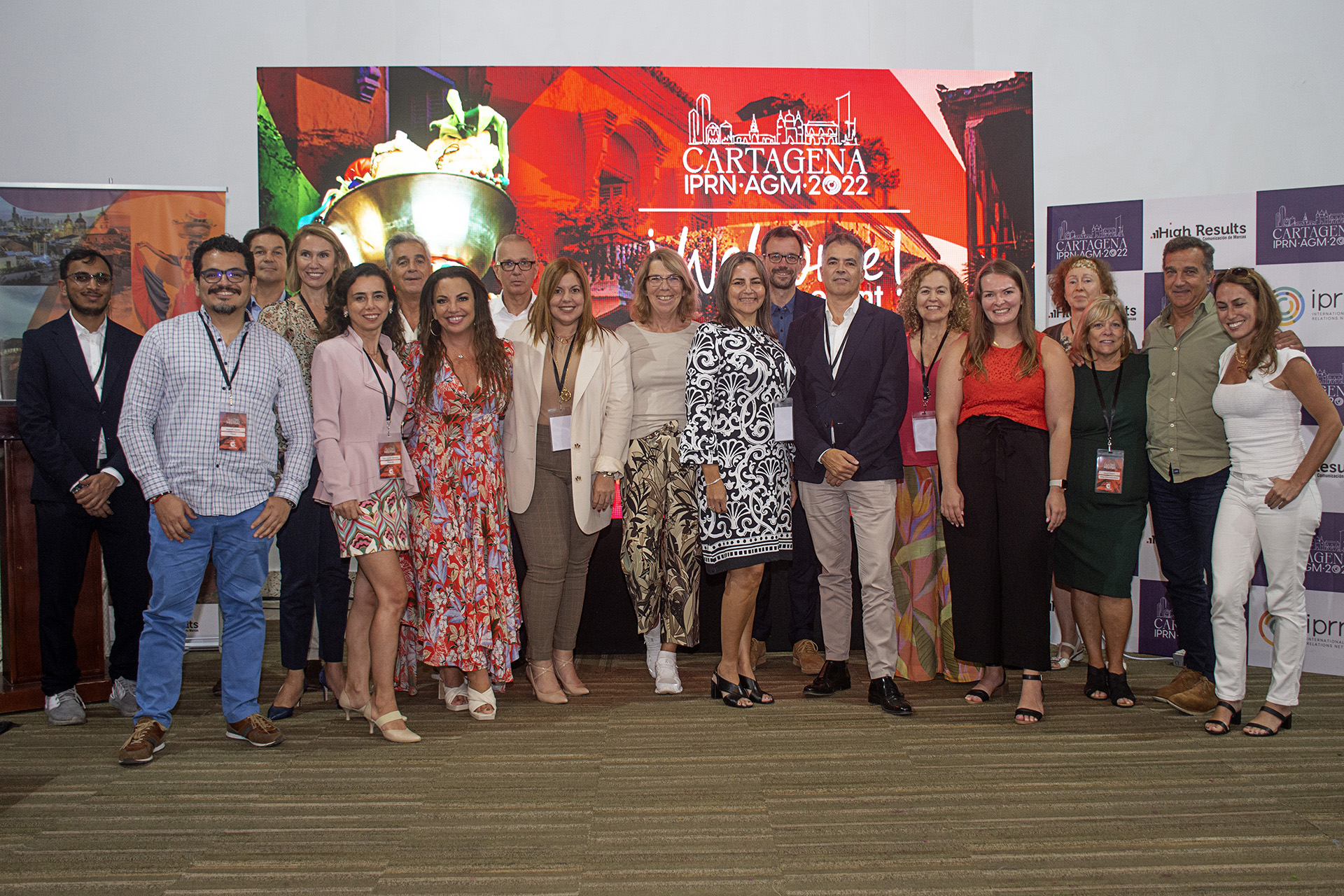 The Annual General Meeting (AGM) of the International Public Relations Agencies Network (IPRN) brought together around 30 agency leaders from all over the world. In the forum, it was confirmed that Latin and North America, Europe, Asia, Africa and even the Middle East share several challenges associated with global situations such as the crisis generated by inflation, the war in Ukraine and uncertainty, so there is a necessity for agencies to go to another level to protect and position the reputation of brands, in addition to generate value, developing new ideas aligned to business.

The current complexity in public relations (PR) was evidenced in the Reputation Institute’s report, which warns that 13 of the 18 industries it measures, significantly decreased their reputation score. Undoubtedly, this is a warning for the industry showing that it is time to accelerate innovation.

Rodrigo Viana de Freitas of Portugal, president-elect of the network, said: “It is a great pride to lead such a talented network with an effective presence in five continents, so it is important for me to continue working to embrace new countries, attract partnerships, develop knowledge and bring international business to member agencies. I believe we have the potential to be the largest Communications Agency Network in the world and this represents an opportunity for new business for everyone, including our clients”.

In this same line, the meeting, which was attended by experts from Europe, North America, India and the Middle East, to mention a few regions, had as its main objective to raise the best practices in public relations and communications, where trends were identified that will be vital for the PR, the human talent behind it and the organizations that make it up, to take actions in line with the needs of the XXI century:

So, it is worth remembering: in such complex times, decisions can save an organization, so it will be better for communications strategies to be based on data analysis to be more accurate and powerful.

Francisco Vergara, Director of ProColombia’s Regional Office in Cartagena, explained how they used communication elements such as webinars and virtual events to publicize the step-by-step process of opening up tourism, which was a successful communications strategy with different stakeholders, as well as contributing to improving the country’s image abroad.

During the event, an extremely relevant point was discussed, and that is human talent. The different positions reached a conclusion: in PR, employees must be motivated, prepared and empowered.

On the other hand, Nicolás Lira, HR Manager at Pepsico, stated that, after events such as Covid-19, organizations must adapt to new labor challenges, since trends such as burnout and silent resignation are directly affecting employees and this has an impact on the communications and reputation of an organization.