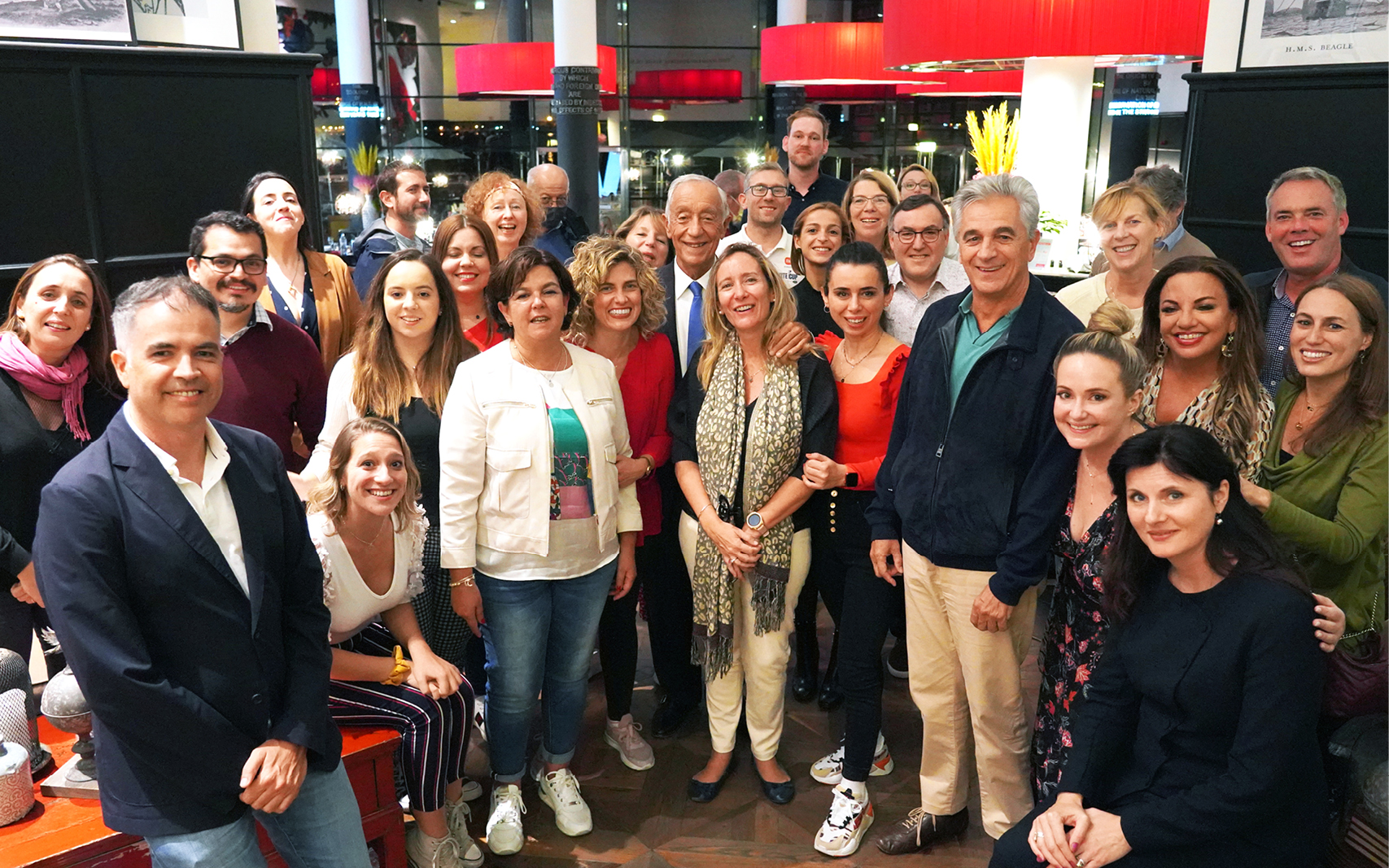 The Annual Congress of the International Public Relations Network (IPRN), currently the world’s largest organization of independent PR agencies, took place at the end of October in Lisbon. With more than 40 members and presence in all continents, the network celebrated 25 years, “at a particularly important moment for Europe and the world”, as Pedro Vante da Silva, Director of the Representation of the European Parliament in Portugal and one of the keynote speakers, said. The President of the Portuguese Republic, Marcelo Rebelo de Sousa, joined the celebration in an informal moment of the program, having the opportunity to personally meet each of the members present in Lisbon.

The global meeting, organized in an innovative hybrid model for those that could not attend personally, took place between October 22nd and 26th with a large representation of members from around the world and had the institutional support of the Lisbon City Council and the sponsorship of Lisbon Tourism, Hyundai, Symington, Imperial and Iberostar.

The convention aimed at discussing good practices in the sector, presenting outstanding case studies, preparing agencies for the opportunities after the pandemic and delivering the network’s annual awards. Leonor Dias, Vodafone Portugal’s Brand and Marketing Director, António Costa, Head of the Kaizen Institute in Portugal, Spain, France and the United Kingdom – consultant who supported the Portuguese Government in the vaccination process in Portugal to lead the world –, Viton Araújo, Creative Director of FCB Lisbon, Teresa Figueira, Managing Partner of Central de Informação and Doris Casares, Corporate Global Director of Communication of Iberostar, were some of the guest speakers.

“This year’s meeting had a very special meaning for IPRN as it was the first time we had a personal encounter since two years due to the pandemic, also because we were willing to celebrate 25 years in a truly remarkable and lovely city that provided us with memorable experiences and because we wanted to discuss fundamental themes for our sector, which proved to be increasingly relevant and essential during Covid and will continue to be fundamental for our work, clients and activities in the next years”, said Luis Gonzalez, President of IPRN.

Rodrigo Viana de Freitas, CEO of Central de Informação, Portuguese member, Chairman of the IPRN and responsible for organizing the meeting, highlighted “the importance that public relations and communication have in today’s world is based on solid pillars such as creativity, rigor, trust and ethics”. He added: “IPRN is today an international, multicultural organization capable of supporting clients from any business area in any geography. That’s why meeting to debate and agree on important topics was so relevant and opens up such positive perspectives for the future”.

Each year, the best public relations and communication projects and videos from around the world participate in the IPRN awards. In 2021 the winners were:

Project of the Year | Overall Winner

Agency of the Year

Project of the Year | B2B

High Results | Colombia | “What does your signature say about you?”

Project of the Year | B2C

Project of the Year | CSR

Video of the Year