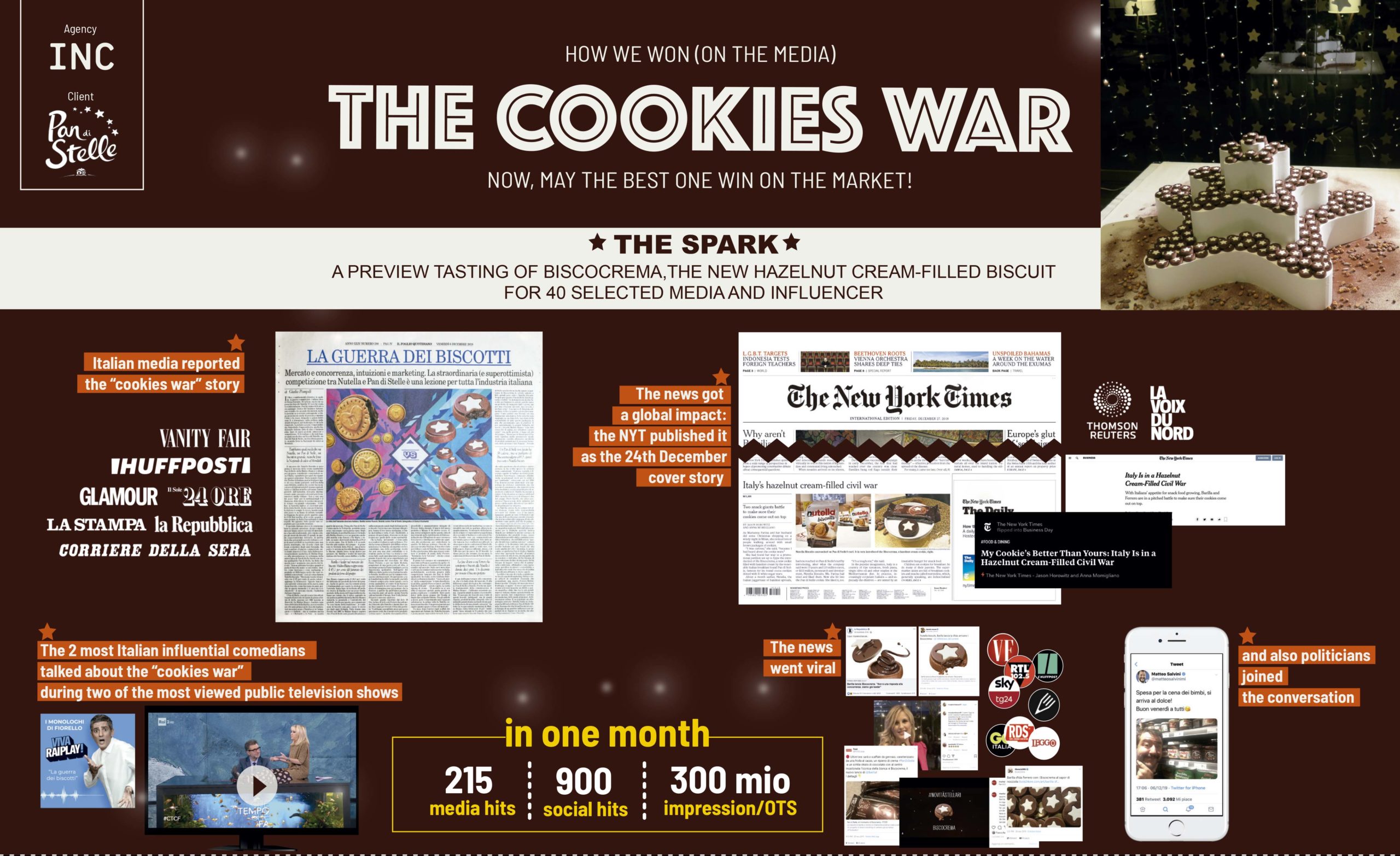 In Italy the biscuits market is worth 2 billion Euros and Barilla is the market leader (37% market share). In November 2019 Ferrero decided to enter the market and launched with a massive communication campaign a new Nutella-based biscuit. Barilla responded by launching Biscocrema, a new biscuit ﬁlled with Crema Pan di Stelle, the ﬁrst spreadable hazelnut cream of the brand, launched in early 2019.

To face the launch of the competitor product we implemented a PR action capable to compete raising the interest of media in the new biscuit and creating a mediatic hype while waiting for the launch of Biscocrema. An exclusive preview event was held on 29th November 2019 to present the product to 40 selected journalists and influencers making them taste it before the launch on the market (January 2020).