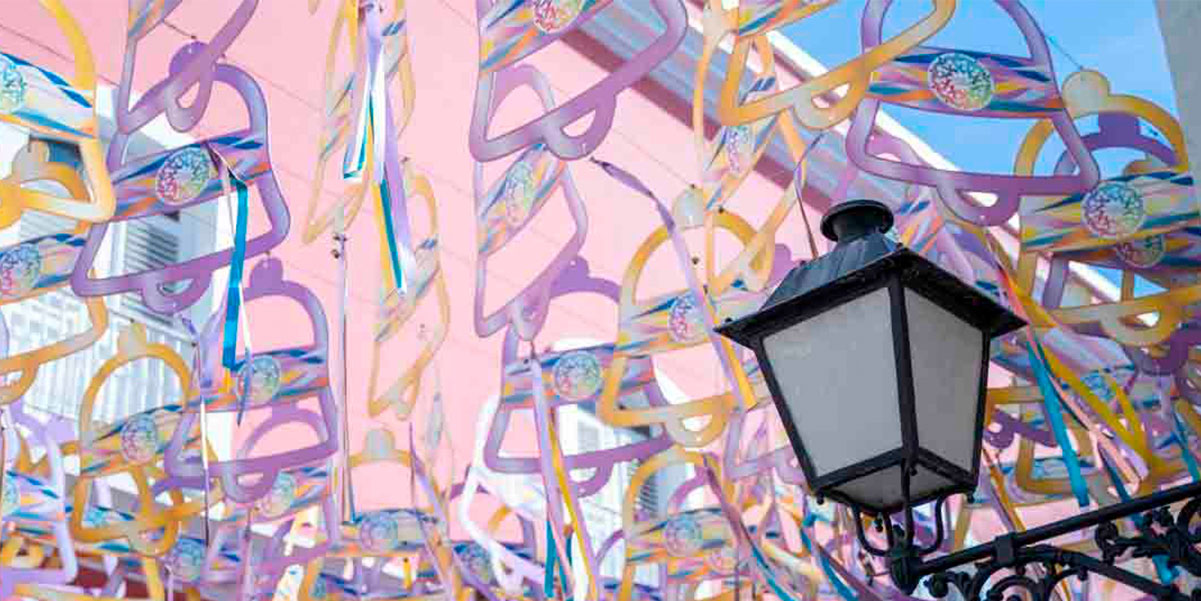 To raise awareness about the importance of early detection and prevention, and to honor local cancer survivors, the University of Puerto Rico Comprehensive Cancer Center (CCCUPR logo with full name), created El Paseo de las Campanas, an aerial installation that took over the iconic and worldwide known Fortaleza Street located in Old San Juan. The installation had more than 800 bells decorated with ribbons of different colors representing the different types of cancer. The installation was up during the month of June, National Cancer Survivor Month.

After months of public relations and public affairs planning, an agreement was reached to make the installation alongside an opening event and an event at La Fortaleza of Puerto Rico, the Governor’s mansion. The inaugural event was preceded by a press conference that received wide local news coverage and that was conducted by the Secretary of Health of Puerto Rico, executives from the Government of Puerto Rico, and a variety of cancer survivors that included high-profile personalities from the media and the government. Each one of the survivors had the opportunity to share their testimony and ring the ceremonial bell. In just one month, the efforts’ results netted $75,066 in earned media, with only $12,000 invested in public relations and public affairs efforts.