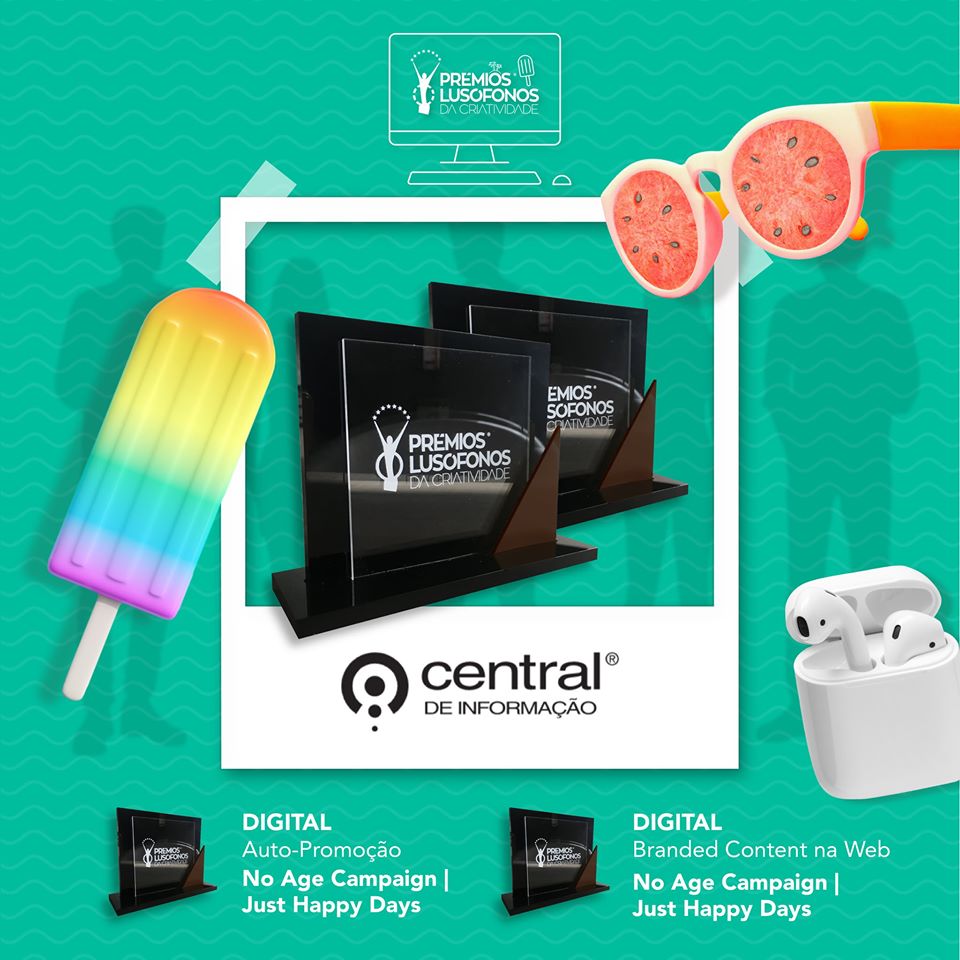 Central de Informação, the Portuguese member of the IPRN, has just been awarded twice in the Lusophone Creativity Awards, an international competition for Portuguese-speaking agencies in Brazil, Angola, Mozambique and Portugal. #NoAgeCampaing, developed for the web shop Just Happy Days, had the institutional support of the University of Porto and the international PR support of IPRN. The campaign was awarded in the categories “Digital Self-Promotion” and “Branded Content on the Web”, having generated a strong media impact in Portugal and Spain.