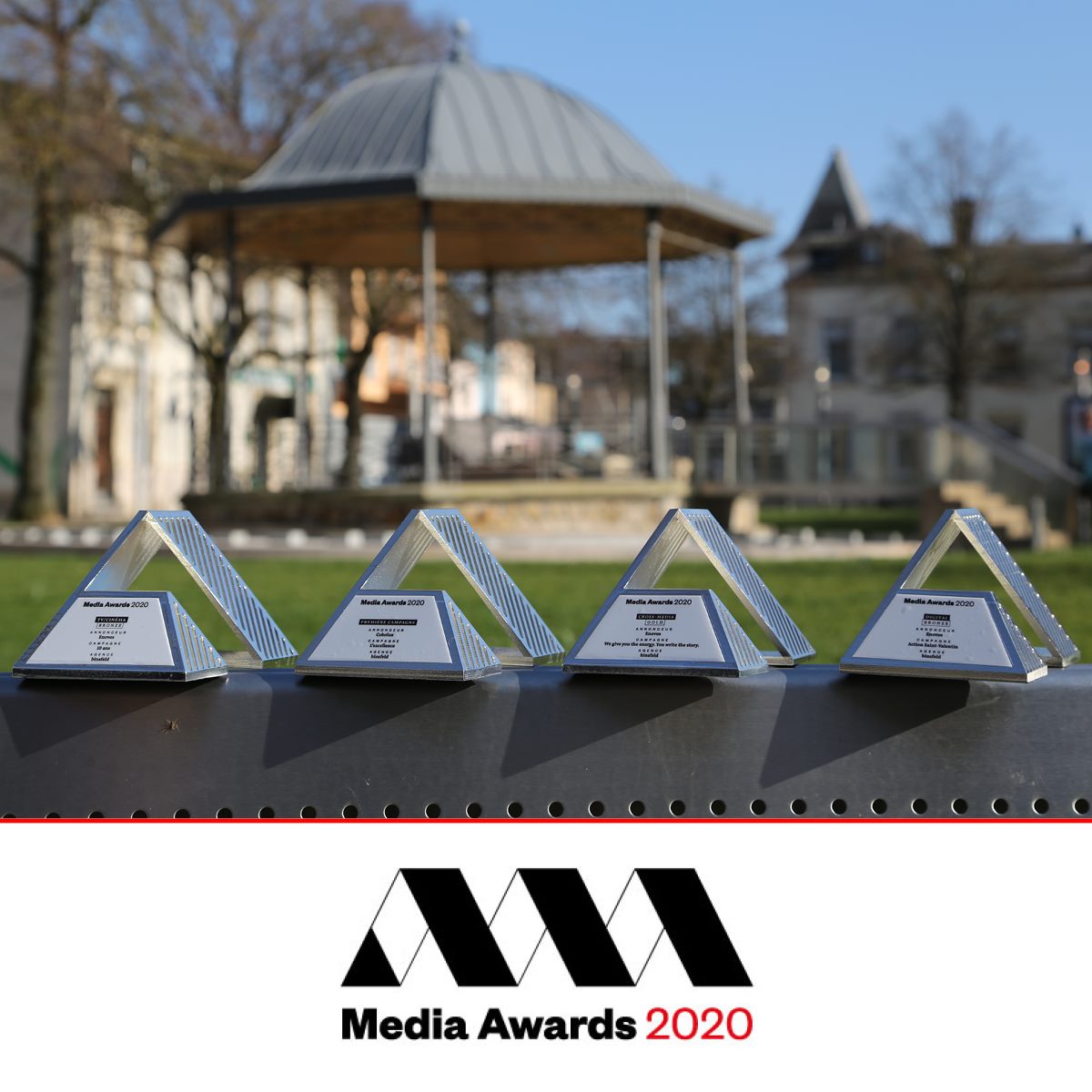 At the 5th edition of the biannual Media Awards in Luxembourg, our member binsfeld
was the second most awarded agency over with a total of four awards, among which the Gold Award for the best cross-media campaign as well as the award for the best campaign overall.

Binsfed was awarded for their campaings “We give you the energy. You write the story” for Enovo (Gold), 10-year campaign and Valentine’s Day action, also for Enovo (2 bronze), and the prize for the first campaign for Cobolux.

Media Awards 2020 reward the best national advertiseents, presenting to the general public the best of the advertising creation.

The competition remains faithful to the principles that guided its creation: to present to the general public the best of “above the line” advertising creation of the past two years.

For more information on all campaigns and winners: https://bit.ly/37jF39X.