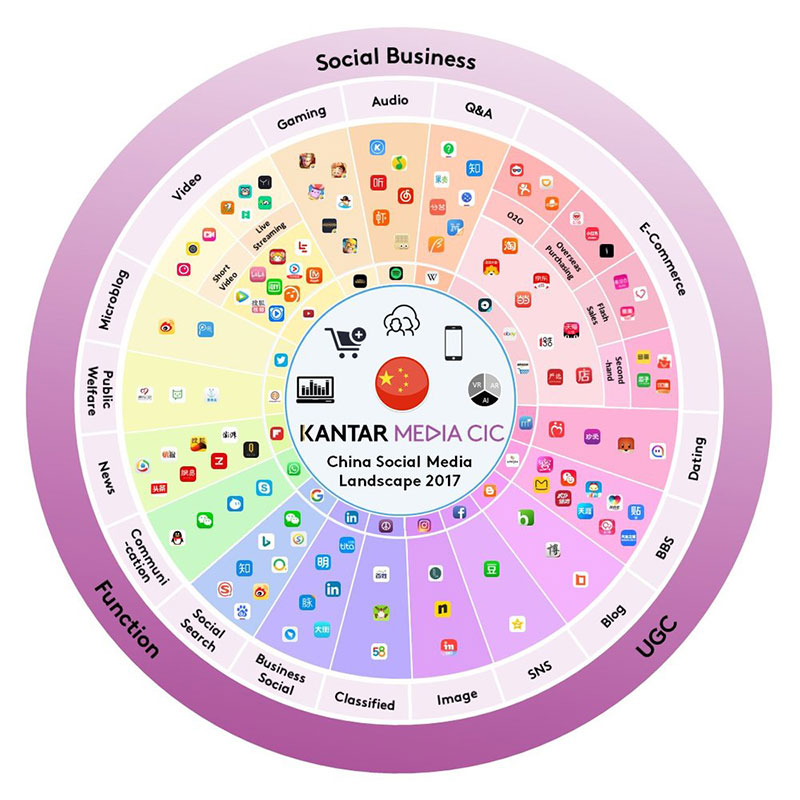 In industrialized countries, social media use is mostly homogenous and dominated by a small set of platforms. Due to various social and political circumstances, China has developed its own distinctive social media landscape. Given that many international companies are doing business in China today, it’s useful for communication managers to know which social media platforms are used within the country. At the IPRN conference held in Beijing in May 2018, Athena Wang from China’s leading PR agency Blue Focus gave an overview of current trends and important players in the Chinese market.

At the end of 2017, 772 million Chinese citizens had access to the Internet, making them the largest online population in the world. Out of these users, 97.5% were using their phones to connect to the Internet. China’s mobile netizens already make many of their purchases on their smartphones. As the following graphic shows, a high percentage of users use their phones to make payments (70%), do their shopping (67.2%) and book their travel (39.7%).

For China’s social media and e-commerce platforms, this means that “mobile first” is a must. This has resulted in a massive shift in the country’s media use: People read the news, use messaging services, watch movies, shop and pay their bills on their phones. Chinese users rely on their phones to manage most of their business and leisure activities. And apps such as WeChat and Sina Weibo are their main sources of news.

The prevalence of smartphones in China’s business environment and leisure time results in a highly competitive market for smartphone apps. As the following graphic illustrates, for every app which is dominant in the West such as YouTube, Facebook and Instagram, there are up to 20 apps with similar functions fighting for their share of the Chinese market.

Although China’s social media landscape is very diverse, just like in western countries, there are a few companies and platforms that have built up a large following of mobile netizens over time, like WeChat or Sina Weibo.

Just like Twitch, which has gained massive – predominantly young – audiences over the last few years, live broadcasting apps like Yizhibo, Inke and Douyu have become very popular in China and have quickly moved beyond the niche of gaming.

A unique trend is reflecting one of China’s most popular leisure activities: karaoke. While the popular instant music video platform musical.ly is mostly aimed at young people in western countries, karaoke apps like Changba, Quanmin K Ge and Douyin reach a much wider audience in China with up to one third of the country’s population using at least one of them.

Another example of a popular platform that started off based on user-generated content is Zhihu. With more than 100 million registered users – 26 million active users per month – Zhihu is one of China’s most important platforms for gathering information and expressing one’s opinion.

Microsoft’s business network LinkedIn is worth a mention as well: while its 30 million+ Chinese community is still relatively small compared to the country’s other platforms, it is one of the only global social media sites that is available in China. This makes LinkedIn extremely valuable for international businesses and communication managers.
China and the West – not so different after all?

While China’s social media landscape is vastly different from the rest of the world’s, recent developments and trends are similar in both cultures, regardless of the different apps and platforms: communication now flows from the bottom up not top-down, content is king, the line between online and offline is blurred, politics are bigger than ever on social media, and social media creates opportunities and challenges.

One example is Mercedes-Benz quoting the Dalai Lama – a very sensitive issue in China – in a campaign posted on Instagram. Once Chinese netizens became aware of this, an outcry followed, leading Mercedes-Benz to issue a public apology on its official Sina Weibo channel. The Ministry of Foreign Affairs also responded to Mercedes-Benz’s apology in an online statement. This shows that national borders are dissolving in today’s social media landscape. Once content is published online, it develops a life of its own – and communications professionals need to be prepared for that!

Established in 1996, Blue Focus became the first publicly listed integrated communications group in China in 2010. Headquartered in Beijing, Blue Focus currently has more than 6,000 employees and generated a revenue of RMB 15.2 billion (USD 2.24 billion) in 2017, making it one of the world’s 10 biggest PR firms.

The International Public Relations Network (IPRN) is one of the world’s largest independent agency networks. Founded in 1995, it is well established. Its 40 member agencies are located in 28 different countries all over the world. 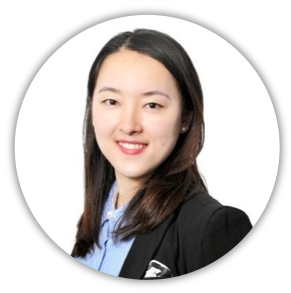 Athena Wang is a Senior Account Manager at Blue Focus in Beijing and a former chairman of the IPRN Executive Council. Blue Focus hosted the International PR Network’s Annual General Meeting and Conference in Beijing in May 2018. 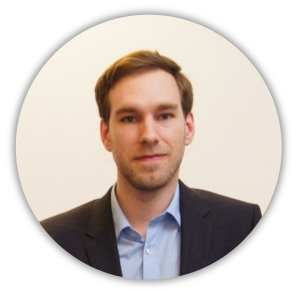