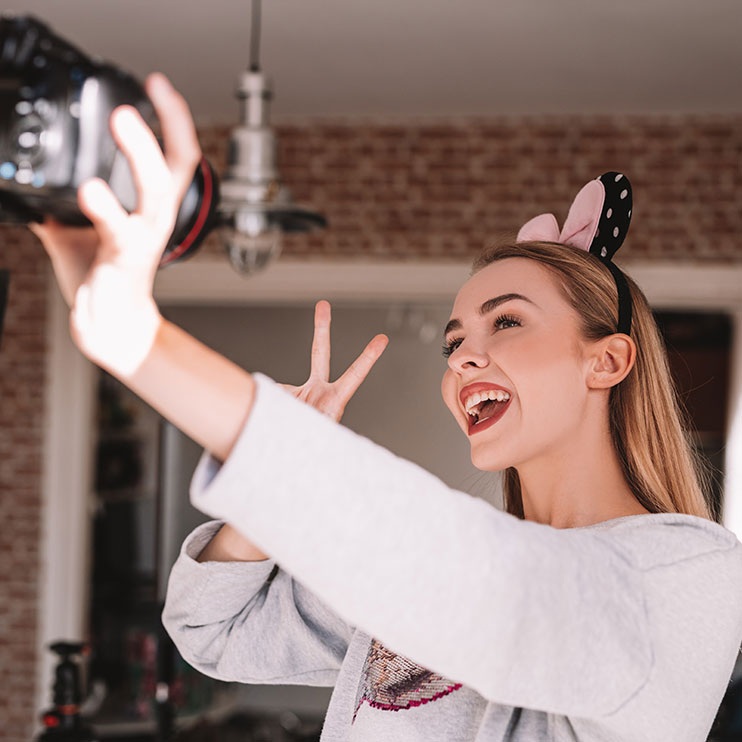 Our purchasing decisions have changed dramatically in recent years, from the way we are informed, to the people we are informed by. According to the stats, 72% of people now say they rely on social media to inform their purchasing decisions, with 40% of Twitter users claiming to have made a purchase as a direct result of a Tweet from an influencer.

So, what is an influencer? In simple terms, an influencer is someone with influence over an audience. This often refers to a blogger, vlogger or social influencer.

One of the key benefits of working with an influencer is that it allows you to market your business to their network, which is often comprised of a very dedicated fan base, primed… and ready to be influenced.

Of course, this behaviour pattern is nothing new. We’ve always had people to look up to, from the popular kids at school to the latest celebrity. They were ‘influential’ and, in turn, we were influenced. Nothing’s changed here, it’s just that the scale and medium that has – quite frankly – exploded.

Bloggers are now ranked as the third most trustworthy source of information, behind friends and family. So, how do we find these influencers? Research, research, research!
We need to be looking for key hashtags and trending topics relating to a specific industry. Once we identify an ‘influencer’ in our chosen space, we then need to apply a series of tests to check they are actually influential.

Generally speaking, over 10,000 followers is very good but that said we can’t ignore ‘micro influencers’. These influencers will often have fewer followers but they are likely to cover more niche topics, making their follower base very loyal and dedicated, which is pretty useful when it comes to marketing.

Other questions to ask include: Do they post regularly? Do they have a good number of posts? Do they get a lot of interaction per post? Do they have a good domain authority (DA)? This can be checked using online tools such as Moz. Generally speaking, the higher the DA, the better quality the blog.

If the answer to all the above is ‘yes’, it’s now time to think about how best to work with your chosen influencer and what you want out of it… but that’s one for next time!